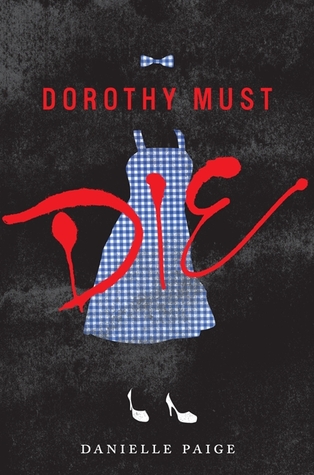 Check out the book on amazon, here:

“Sure, I’ve read the books. I’ve seen the movies. I know the song about the rainbow and the happy little blue birds. But I never expected Oz to look like this. To be a place where Good Witches can’t be trusted, Wicked Witches may just be the good guys, and winged monkeys can be executed for acts of rebellion. There’s still a road of yellow brick—but even that’s crumbling.”

I wasn’t sure what to expect, but I’d heard the hype. This book had flooded my amazon recommends, so I thought I would give it a go.

Honestly? It was a good book. The story was consistent, and the main character had depth.

Unfortunately, I could only give it four stars for various reasons. Namely the unexplored characters of Dorothy and Glinda the good witch. I know there are prequels, but I wanted more insight into why they were the way they were. It wasn’t until the last ten pages that that was even explored, and even then, it wasn’t in-depth as there wasn’t enough fore-shadowing to make it seem real. It was left field and seemed like a way to sow the seeds for a sequel. (Sorry, my opinion!) Like, “boom! By the way guys…”

The descriptions and the vivid imagery of this book made it, and honestly, I have bought the rest of the series and intend to read it all in one go now!